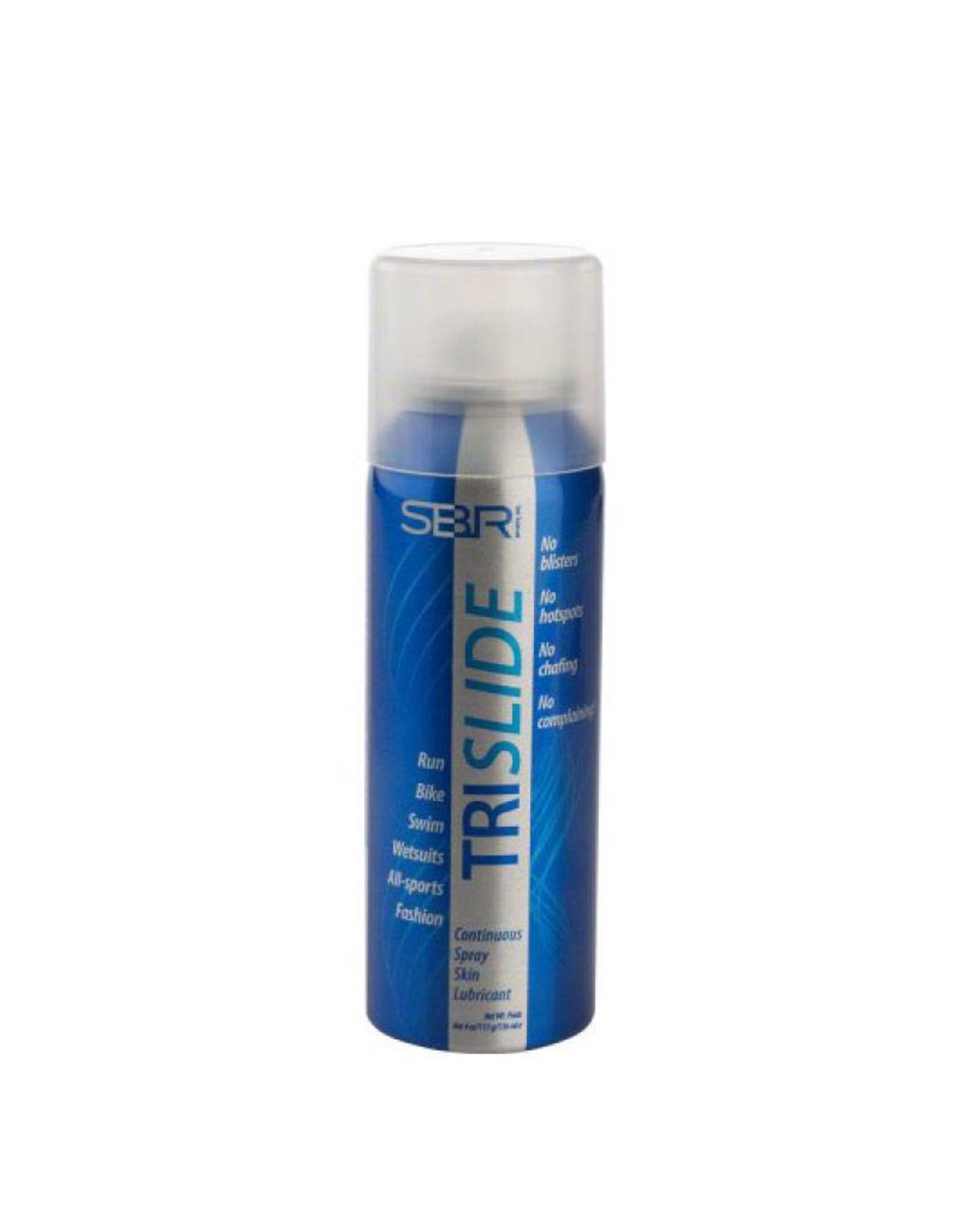 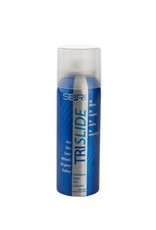 TRISLIDE is the ONLY anti chafing, anti-friction, anti blistering product found in a convenient environmental friendly aerosol spray. Gone are the days of goopy messy hands and contaminated sticks, the continuous spray application of TRISLIDE is easy to use and safe to share! TRISLIDE is becoming the preferred 'chamois anti chafing' treatment for cyclists to eliminate saddle sores. For cyclists, one application of TRISLIDE goes on silky smooth and stays on without a squishy, wet chamois feeling. It stays on for hours but doesn't leave a greasy lube residue. Compared to others that may wash off, it is waterproof which means sweat proof! Not only is TRISLIDE great for eliminating chamois chafing, but it successfully combats blistering and hotspots on runner's feet and all general skin chafing (inner thigh, underarm, sports bra, chest and neck). TRISLIDE also helps ease entries and causes wicked fast exits from triathlon wetsuits! For triathletes, surfers and divers, TRISLIDE is completely safe to use on all neoprene compared to petroleum or vegetable based products that will disintegrate the wetsuits. TRISLIDE is a liquid silicone based product that will not stain most clothes, can simply be removed with the combination of stain remover, soap and water. TRISLIDE is the most innovative product to prevent chafing, blistering, irritation, and hot spots found in swimming, biking and running.

Add your review
0 stars based on 0 reviews 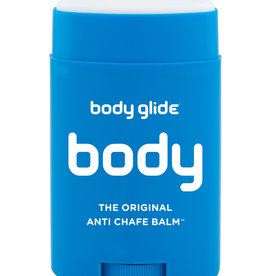 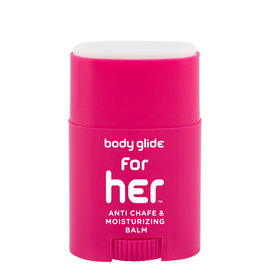 Vitamin-enriched and moisturizing for the skin, BodyGlide For Her Anti-Chafe Moisturizing Balm  provides an invisible barrier against chafing, irritation, and raw skin caused by rubbing. Just slide the balm over your skin before you put on your clothes an
Add to cart
BODY GLIDE FOR HER
$10.99 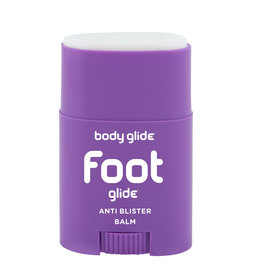 Protect your feet, heels and ankles from rubbing, blisters and raw skin with the BODYGLIDE® Blister Resister® Foot Balm. This balm offers a clear design and is made from allergen-free vegan ingredients, so you can help your skin stay healthy even after to
Add to cart
BODY GLIDE FOOTGLIDE .8OZ
$8.99
Please accept cookies to help us improve this website Is this OK? Yes No More on cookies »
← Return to the back office    ✔ Trained Staff ✔ Custom Fitting Process ✔ Free Shipping ✔ 30 Day Guarantee Hide